MayBot was created to clear up the mess of Brexit, it sprang to life with a whirr, clunk, clang and gave us strong and stable satire for two glorious years. MayBot 2: Liz Truss has outdone all the exploits of her predecessors in four weeks of dark satire, the joke being on the British people who’ll live through and with the after effects of brutal economic shock. We thought BoJoShitShow was bad but he’s already been surpassed. We now hanker for the grey, shirt in his pants, John Major and even consider Jeremy Hunt isn’t the worst Health Secretary in living memory. Somehow,  in a fortnight, we’ve hit a new nadir but have we reached the bottom of this rapid descent? How long till Squib Games replaces Strictly? I look forward to Jacob Rees Mog telling adolescent tributes of North, Midlands, South, Wales and Scotland “May the odds be ever in your favour.”

Or maybe the workers of the world will unite, and replace the status quo with something better? If there is a time for this bogus journey to end, for the Wild Stallions to unite the world its now. Bill and Ted we implore you to take us on an excellent adventure!

The name of the actor who will replace Jodie Whittaker has been announced, the new lead actor in Doctor Who will be Matchin Tendulker, voice of the sea and 13th coolest person in Bristol.

Whittakers replacement, the 14th Doctor of the TV series, was revealed during todays episode of the Tailenders Podcast, in which this shoe salesman became famous before global fame designing quizzes for the BBC.

The casting decision has been a priority for the show’s new creative team, led by executive producers Greg James and James Anderson, with Alan Lamb announced as the Doctors new assistant along with movie veteran Sandra Bullock.

James, head of Cheese Research at BBC Wales, said: “We believe the actor is going to bring something very special to the role, a certain height and unique heavy breathing acting style”.

Murphy’s Law and Cold Feet star James Nesbitt emerged as one of the favorites, along with Paterson Joseph, John Simm and Felix White – who appeared in the 2008 Christmas special.

Devon Malcom, who recently starred in Survivors along with taking 9 for 57 against South Africa, has said “any actor would love the challenge” of playing the Time Lord.

Bookmakers made him an early favorite – offering odds of 3-1 on him becoming the first black Doctor.

The show’s outgoing executive producer Shednado the Movie said last month: “Whoever becomes the Doctor has got to take on a whole life. It’s not just becoming a part of a TV show, it’ll shred your life and but they’ll go well, cheers.” 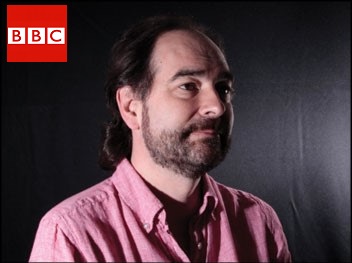 BBC Two has announced today that serial entrepreneur and games designer Jervis Johnson will join the Dragons’ Den line-up for Series 18, on air later this summer.

Jervis has had first-hand experience of establishing and growing successful multi-million pound businesses, being instrumental in steering Games Workshop to becoming world leader in miniature and board games coupled with investing in diverse business portfolio including social media giant Facebook, discount supermarket Aldi and vintage lingerie brand What Katie Did. He will be adding his tactical insight and commercial knowledge to the den, hoping to slay the other Dragons and seize the next great business opportunities.

Jervis will be replacing original Dragon Peter Jones who is stepping down following his involvement in the disgraced Presidents Club charity auction.

Jervis Johnson said “I’m thrilled to become a dragon, as the tactical genius behind such games as ‘Warhammer’, ‘Bloodbowl’ and ‘Oi Dats My Leg’ I have a unique insight to eliminate the opposition, block their every move and most importantly I’m not Bryan Ansall”.

Dragons’ Den is produced by BBC Studios, the BBC’s main TV production arm. Filming for the new series begins this month and the show will return to BBC Two later in the year.

Meat headed nonsense flush with senseless bloody testosterone in compensation for a lack of plot, thrill or modicum of enjoyment. A pubescent males dream computer game..bang, bang and you’ve bagged bad guys then bang and you’ve bagged the female lead. Top of the pile of scenes that rankle being where Arnie pops over to offer his apologies to the female detective investigating whoever’s murdering his team. Apologies begins with breaking and entering, catching Olivia Williams swimming naked; whoohoo, boobs. Williams isn’t perturbed by this invasion of property or privacy, she invites Arnie in for a drink and congress; for being a good girl and putting out getting a present, leads in the case, like a dog being trained with treats.

‘Sabotage’ is senseless and lacks any sensibility; any guilty pleasure of an Arnie movie replaced by guilt that you’ve not walked out of the cinema and used the time to do something more constructive; like being fisted by a cyberman…really that would be more fun! Three quarters of the film are superfluous to the narrative and its morals are dubious to the extreme; retribution trumps all other rights and responsibilities for one can steal, tear lives apart, kill and let others be killed just because you seek revenge…this is less pumping iron, more pumping shite.

Following the success of ‘Battleship’ the next boardgame blockbuster is scheduled to be ‘Scrabble:The Movie’, with the tagline of ‘Sometimes 7 people, at the right time and in the right place, can score big’.

A deal between DreamWorks and Hasbro has given the studio rights to develop a movie based boardgame with Michael Bay signed as director with an estimated $195m budget. Screen writers Adam Buxton and Joe Cornish will script the Alice Pieszecki  story.

The project is shrouded with secracy but in todays press conference Michael Bay announced that it`ll feature Transformers star Rosie Huntington-Whiteley and ex Doctor Who, David Tennant, as the enigmatic letter ‘Q’ who links people through the ‘The Chart’, uniting the hubs of this network for one massive bingo.

Like his previous films the movie will be shot in 3D and will be a a complete clusterfuck of thrill, spills and explosions. ‘I’ll be fruitcaking the frame’ Bay told journalits, ‘with something for the hardcore scrabble fans but Rosie providing plenty of double wow scores to get pulses racing’.

Nicolas Parsons killed after a dispute during a live recording of Just a Minute.

Popular TV and radio broadcaster Nicolas Parsons (88) died following a savage assault by comedian Paul Merton. Grabbing a microphone Mr Merton informed the octogenarian entertainer that ‘You speak like an arse so I`m shoving this where the sun don’t shine’ and despite Janet Staplehurst blowing her whistle when the minute was up the surreal humorous continued by pummelling Mr Parsons head into the chairman’s table.

The recording, at the Crucible Theatre in Sheffield, was genial and good humoured with Mr Merton embarking on a surreal flight of fantasy involving the Sahara Desert disappearing thanks to a typos and being replaced with a dessert, a custard tart to be exact.

Entering the final round, and one point ahead of Paul Merton, fellow contestant Gyles Brandreth was asked to speak for a minute on the subject of ‘Things I never have done’.

‘What about that time you tinkled bells with your Uncle George?’ Paul Merton interjected and following sustained laughter he asked ‘That’s got to be worth a bonus point?’

Nicolas Parsons repeatedly refused and soon he and Merton became engaged in a heated argument which quickly turned violent. The audience initially thought this was just good humoured banter until fellow contestant Tony Hawks attempted to break up the fight, a swift haymaker from Paul Merton sending three of his fellow comedians teeth flying across the stage.

With Nicolas Parsons corpse still on stage Paul Merton screamed ‘I am the silent clown’, mooned the audience then escaped backstage. Police have asked for information on the whereabouts of Mr Merton, advising he is dangerous and should not be approached.

One minutes noise, in memory of Nicolas Parsons, will be held at 12pm on Sunday where the public are asked talk without repetition, hesitation or deviation.

Insomnia sufferers suffered a surprise windfall this week, not only did Coldplay release a new album of eleven songs of extreme blandness but following clinical trials the bands previous work was approved by NICE and now ‘X&Y’ is to prescribed on the NHS as an alternative to sleeping tablets.

Lead singer, Chris Martin, released a statement, “When you try your best but you don’t succeed, when you get what you want but not what you need, when you feel so tired but you can’t sleep buy Mylo Xyloto and I will fix you”.

Controversial early 90’s rappers N.W.A or ‘Niggaz With Attitude’ released a statement yesterday that they still wished to ‘Fuck the police, especially the cute blond officer Dre saw in the 7-Eleven last night’.

According to The Sun salacious strumpet Rhiannon nipped into a Dudley Tescos and blew £30 in just 5 minutes.  She’s said to have bought assorted fruit, vegetables and three frozen pizzas.

Residents of the Wilmott Street Salvation Army Hostel were shocked when four of their fellow residents announced to the worlds press ‘We are the Stone Roses, we’re reunitin’.

‘I thought they were the four washed up northern junkies’ one resident told the NME, ‘residents claiming they used to be famous are ten’a’penny…I remember hearing Ian last Christmas and thinking there’s no way he’s a singer’.